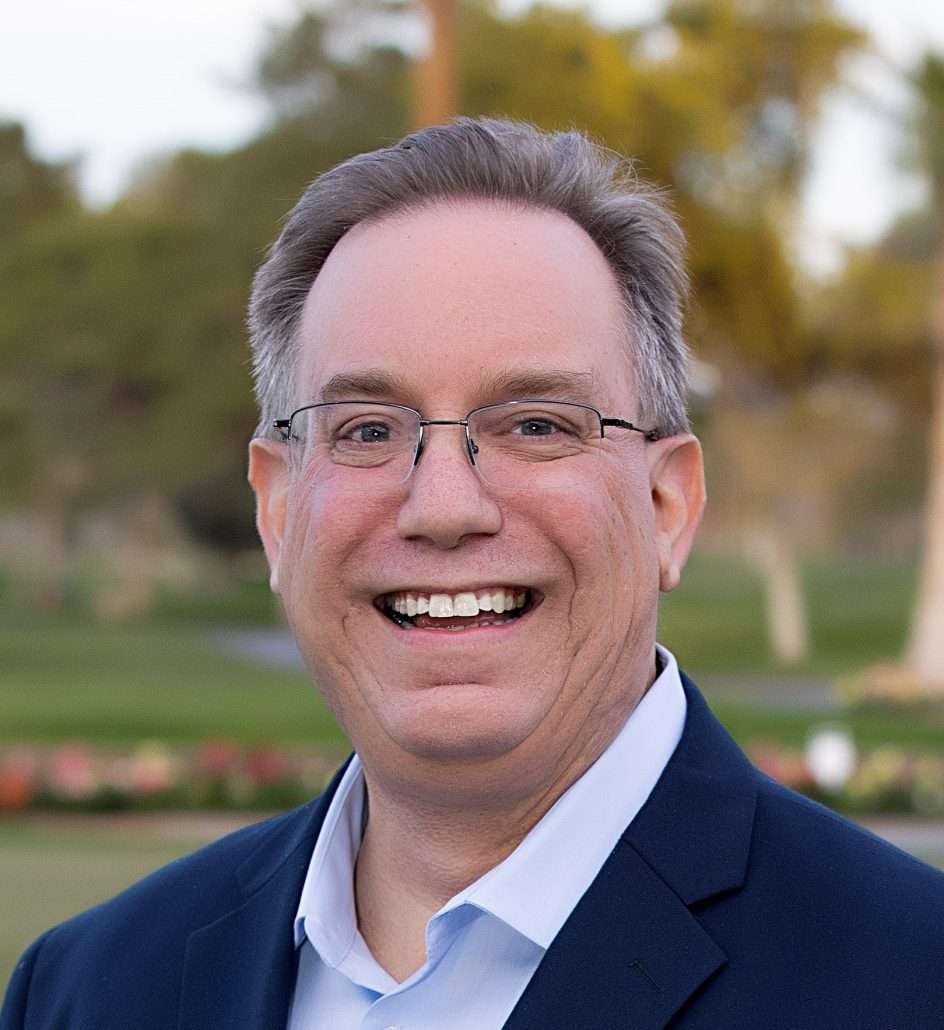 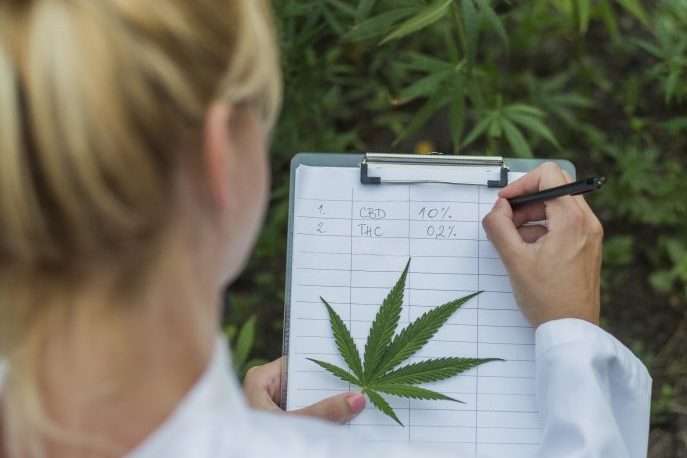 Section 280E of the Internal Revenue Code forbids businesses from deducting otherwise ordinary business expenses from gross income associated with the “trafficking” of Schedule I or II substances, as defined by the Controlled Substances Act.  The Controlled Substances Act (CSA) Title II of the Comprehensive Drug Abuse Prevention and Control Act of 1970 is the federal U.S. drug policy under which the manufacture, importation, possession, use and distribution of certain narcotics, stimulants, depressants, hallucinogens, anabolic steroids and other chemicals.  Some examples of substances listed on Schedule I are: heroin, lysergic acid diethylamide (LSD), marijuana (cannabis), peyote, methaqualone, and 3,4-methylenedioxymethamphetamine (“Ecstasy”).

Section 280E is only a few lines, but carries significant financial penalties for the cannabis industry and reads as such:

The IRS has subsequently applied Section 280E to state-legal cannabis businesses, since cannabis is still a Schedule I substance even though many states have passed local laws allowing either medical or recreational use. A throwback from the Reagan Administration when President Ronald Reagan declared a war on all drugs, Section 280E originated from a 1981 court case whereby a convicted cocaine trafficker asserted his right under federal tax law to deduct ordinary business expenses. In 1982, Congress created 280E to prevent other drug dealers from following suit.  It states that no deductions or credits should be allowed on any amount “in carrying on any trade or business if such trade or business consists of trafficking-controlled substances.”

On January 23, 2015, the Internal Revenue Service released a Memorandum Number 201504011 (https://www.irs.gov/pub/irs-wd/201504011.pdf) that in part paves the way for continued enforcement at the federal level of cannabis companies, regardless if they are operating legitimately at the state level. There have been some recent very important legal challenges to Section 280E and the respective enforcement of these harsh cannabis regulations.

Harborside Health Center is an extremely successful marijuana dispensary company located in Oakland, California.  California was the first state to legalize medical cannabis with the passage of the Compassionate Use Act of 1996 (Proposition 215).  Harborside provided medical marijuana to the community thru the provisions of Proposition 215.

IRS decided to complete a tax audit on the tax returns of Harborside for the tax years from 2007 – 2012.  Despite paying federal taxes for those specified years, the IRS claimed that the company’s tax payments were severely deficient by tens of millions of dollars. The IRS defended their findings citing two reasons. First, the IRS determined that Section 280E applied to Harborside and therefore the company was not eligible for the millions of dollars in business expense deductions. Second, the IRS explained that Harborside implemented the incorrect calculation method for cost of goods sold, thereby resulting in a lowered federal tax liability.

The case, formally known as Patients Mutual Assistance Collective Corporation, dba Harborside Health Center v. I.R.S., reached the United States Tax Court where you guessed it, the court ultimately sided with the IRS on both issues. Harborside argued that it did sell marijuana, but that it also sold other items like t-shirts and yoga classes and that all of their products and services were intertwined with each other. According to the taxpayer, these other activities and products pushed the company outside the restrictions of Section 280E. However, the court rejected this narrow scope of the tax code. The court further rejected the argument, deeming the non-marijuana products and services as merely “incidental.” Finally, the court considered whether or not Harborside was a producer or reseller for purposes of calculating COGS and ruled against in that regard as well.

The case, while unsuccessful for the company, did provide some clarity for cannabis-related businesses. For instance, the case confirmed that a disallowance such as under Section 280E may apply to all the credits and deductions of activities that constitute a single trade or business although the business engages in activities not subject to disallowance.

Alpenglow Botanicals LLC is in State of Colorado and is a medical marijuana dispensary which is legal under local jurisdictional laws.  The business elected to deduct ordinary and necessary business expenses beyond COGS on their federal tax returns. Unfortunately, the Internal Revenue Service picked up Alpenglow Botanicals for a tax audit for the tax years between 2010 thru 2012.  The IRS ruled against the Company and denied all of the deductions taken except COGS.  The IRS rules the company was responsible for over $50,000 of additional taxes.  Alpenglow argued that the IRS exceeded its authority because rejecting the deductions due to Section 280E regulations implicitly determined that the Company was had been trafficking an illegal drug, despite the fact that that marijuana is legal both recreationally and medicinally in Colorado.

Alpenglow Botanicals was required to pay the tax prior to the start of a lawsuit in Tenth Circuit.  Alpenglow Botanicals sued and requested a full refund from the Internal Revenues Service but lost in the Tenth Circuit court in 2018 which can be found here: https://law.justia.com/cases/federal/appellate-courts/ca10/17-1223/17-1223-2018-07-03.html.  Remarkable, Alpenglow Botanicals didn’t give up like most companies would have and decided to spend more attorney fees and appealed to the United States Supreme Court.  The United States Supreme Court decided not hear the case and offered no explanation for the denial which signaled that the Court agreed with the Tenth Circuit judgement that current laws were being appropriately enforced.

At the end of the day, IRS and the tax courts have opined a bit differently depending upon the type of cannabis business is the subject of the inquiry.  Cannabis business who do not change the molecular nature of the product itself, like cannabis delivery/store-front/distribution companies are only allowed to remove from gross receipts sales taxes collected on behalf of a taxing authority and the cost of goods sold (“COGS”).  Below is an example of two companies.  One is a medical marijuana dispensary and the other is a vitamin store

So from an investor point of view, ok, cannabis companies have to pay additional taxes….so what?  The cannabis company illustrated above is not allowed to deduct reasonable and ordinary business expenses, but they still incurred these expenses.  Without any investor distributions, the business just had $50,000 of net proceeds but still has to pay taxes of $120,000.  In other words, either the company is forced to obtain a loan to pay the taxes, negotiate with the taxing authorities to make a payment plan or dreadfully, complete an investor “cash call”.

Cannabis manufacturers and cultivators are in a much better situation under the 280e rules and regulations.  Coupled with other IRS regulations, cannabis manufacturers and cultivators are allowed to take both direct and indirect COGS.  Examples of direct COGS for a cultivator could include seeds, soil, nutrients, water etc.  Examples of indirect COGS could include rent, utilities, facility staff including gross wages, employment taxes, benefits and support expenses for Master Growers, Cannabis Compliance personnel, Cannabis grow staff etc.  Both direct and indirect expenses still do not include sales and general administrative expenses, it does provide a significant opportunity to reduce the 280E tax effects.

Below is an example of a cannabis company grower vs a tomato grower, each with basically with the same revenues and expenses with both having approximately $325,000 of Gross Profits. In this case, some of the COGS for the cannabis cultivator now includes rent, utilities, staff, tenant improvements and equipment expense directly attributable to the production/cultivation of the cannabis product.

In this cannabis cultivation cannabis case above, the cannabis cultivation company not only has a lowered 280E tax effect, but also has financial proceeds to absorb the $150,000 of non-deductible expenses of sales, marketing, office supplies, professional dues, attorney, accounting, and advertising expenses but also the combined tax bill of nearly $100,000.

Over the past couple of years, we have fielded hundreds of hundreds of questions from both our clients and our prospects…each with the same idea in mind.  How do we get out of this 280e monstrous and punishable hole that has been created?  Here are some typical questions:

Unfortunately, in each of these scenarios, the Internal Revenue Service is likely to combine the respective companies together due to the common ownership and common management aspects.  Similar to the Harborside findings, we would anticipate that the IRS would find that these other types of companies were “incidental” to the cannabis company and the respective companies would incur not only large tax obligations but incur years of fighting with the IRS and tax courts.

At the end of the day, cannabis companies need to expect that a tax based 280E audit.  The IRS has already stated that they desire to audit marijuana businesses as they tend to be cash based entities with little to no appropriate level of internal controls.  We have also seen in many cases where upon audit, a cannabis company was unable to produce adequate and sufficient accounting books and records to support their income claims and the IRS had no choice but to reconstruct and create an extremely large income number as well as not allow unsupported COGS deductions.

Audit ready accounting records include maintaining evidence and be able to support ever transaction within your accounting books and records.  Every receipt for each expense should be maintained, at least electronically.  Every customer purchase made with receipts describing the products sold should be kept electronically not just in your point of sale system but also as a pdf on an accessible backed-up server.

Click to learn about our team of Professional Financial Consultants here.

We work with clients from over 40 states with legal cannabis and help businesses to navigate accounting best practices while focusing on our client’s growth.